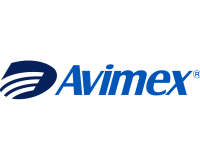 ·         Testing in pigs for the Mexican vaccine Patria® showed that both intranasal and intramuscular administration; as well as a combination of the two, induces strong antibody responses, including against variants.

·         The results of the animal study in pigs executed in January 2021 were the basis for the Phase I clinical trial in Mexico City.

·         The preliminary results from Phase I will allow moving forward into Phase II clinical trials, which are about to begin.

Mexico City, November 12th, 2021. The SARS-CoV-2 pandemic has represented a great achievement in vaccine research and development, with results in record time. However, according to the Pan-American Health Organization, vaccine availability in low and middle-income countries is still insufficient and producers cannot satisfy global demand. To enhance vaccination globally, it is necessary to expand the options for safe and effective vaccines, especially those that can be produced locally and at a low cost.

All the available vaccines that are authorized by global regulatory agencies are administered intramuscularly and none intranasally. This represents an opportunity to develop second-generation vaccines that potentially induce mucosal immunity, which is the first line of defense in the upper respiratory tract, often neutralizing incoming viruses and potentially preventing an infection.

Patria® (AVX/COVID-12) is a vaccine against COVID-19 based on a live Newcastle disease virus vector expressing a SARS-CoV-2 spike protein stabilized in a prefusion conformation with six beneficial proline substitutions and by removal of the furin cleavage site.  The vector is known to be safe and not only express mRNA encoding SARS-CoV-2 spike protein, but also incorporates the spike into virus particles, better mimicking immunity caused by natural exposure to SARS-CoV-2.

Safety and immunogenicity preclinical testing were performed on a pig model by Avimex® in Mexico with the partial funding of AMEXCID, which results were made available on September 21, 2021, once they were peer reviewed in the renowned ASM Journal mBio[1] as further reinforced with neutralization data against different variants with the help of the world-class researchers of the Icahn School of Medicine at Mount Sinai, in New York City.

The results showed that both intranasal and intramuscular application of the vaccine as well as a combination of the two, induce strong serum neutralizing antibody responses and a substantial reactivity to Alpha (B.1.1.7), Beta (B.1.351) and Gamma (P.1) virus variants.

“Earlier versions of the vaccine were also tested in rodents as inactivated and live vaccines; however, we chose to test these vaccine candidates in a pig model because these animals are a large-animal model that immunologically resemble humans better than the most common rodent models”, said Dr. Bernardo Lozano Dubernard, General Director of Avimex® and leader of the project in Mexico.

The study had limitations as the immune response could not be assessed locally in the nasal mucosa or respiratory tract of the vaccinated pigs, because appropriate sampling methods and standardized tests to assess mucosal immunity are still a challenge in the pig model. Furthermore, the porcine model is not susceptible to SARS-CoV-2 and a challenge was not possible, but fortunately the vaccine was previously tested in other animal models susceptible to challenge studies with excellent results.

Based on this data, a clinical trial (Phase 1) was initiated in May 2021 by Avimex® in Mexico with the support of the National Council for Science and Technology (CONACyT). This was a first-in-human trial with a live rNDV based vaccine which follows a unique protocol leading research worldwide by including an intranasal route and a combination intranasal-intramuscular route. The vaccine used was formulated in the Good-Manufacturing-Practices-approved Avimex® pilot manufacturing facility.

The preliminary results from Phase I, which will continue for a full year, have already been assessed and used to design and support two Phase II clinical trials that are about to start. The preliminary results of Phase I will be further analyzed and will include additional results from more detailed immunological assays. Once finalized, the results will be published in a peer-reviewed journal. Avimex® is committed to sharing these and all the clinical trial results after they have been fully analyzed, under the strictest ethical and scientific standards.

Since its foundation in 1952, Laboratorio Avi-Mex, S.A de C.V., has been a bio-innovation company with 100% Mexican capital, which is dedicated to the research, development, manufacture, import, export and commercialization of biological and pharmaceutical products, disinfectants, and mycotoxin detoxifiers for animal health. Today it has an important presence in the market, both national and international, in more than 30 countries. As part of its evolution, Avimex® has expanded its areas of expertise to provide customers with solutions that improve the health and productivity of animals intended for human consumption in poultry, swine, livestock, and aquaculture sectors. This has granted it the recognition as a Family Responsible Company (2006), Highly Exporting Company (2007), National Award for Technology and Innovation (2011), ADIAT Award for Technological Innovation (2012), National Export Award (2012), Ranking of the Best Mexican Companies (2012-2021), National Award for Technology and Innovation Endorsement (2015), Socially Responsible Company (2018-2021), and Super Companies by Expansión (2018-2020). For more information, visit www.avimex.com.mx

About the Mount Sinai Health System

The Mount Sinai Health System is New York City's largest academic medical system, encompassing eight hospitals, a leading medical school, and a vast network of ambulatory practices throughout the greater New York region. Mount Sinai is a national and international source of unrivaled education, translational research and discovery, and collaborative clinical leadership ensuring that we deliver the highest quality care—from prevention to treatment of the most serious and complex human diseases. The Health System includes more than 7,200 physicians and features a robust and continually expanding network of multispecialty services, including more than 400 ambulatory practice locations throughout the five boroughs of New York City, Westchester, and Long Island. The Mount Sinai Hospital is ranked No. 14 on U.S. News & World Report's "Honor Roll" of the Top 20 Best Hospitals in the country and the Icahn School of Medicine as one of the Top 20 Best Medical Schools in the country. Mount Sinai Health System hospitals are consistently ranked regionally by specialty and our physicians are in the top 1% of all physicians nationally by U.S. News & World Report.